At our recent District Camp at the end of June, which after a late change of venue from Farningham Woods to the Pinetum on the St Clere Estate, Akela, Trevor Wood tackled one of the most challenging activities on site the 100+ foot Death slide - that's an Arial Runway to you and me!

12 cubs and 5 Scouts took part in the camp which was held in the Pinetum on the St Clere Estate, A truly magical venue in an are which has not been touched for many years. A Pinetum is an area which has been planted with pine trees or related confiers for bontanical study. Some of the trees had plaques on the which date from arounf 1760!

As well as the Arial Runway other activities were a village fayre with games & side shows from Beat the Goalie, Play your Cards right, A ski challenge, Trap the Rat, Bouncy Castle to name but a few. There was also an archery range, backwoods cooking base & climbing wall.

7 other Groups from the District took part, in total just under 200 campers on site. The weather treatedus kindly if a bit too hot but the was pleanty of shade amongst the trees of the Pinetum. Like all good things that come to and end the camp finished early so wee could get home in time for the World Cup game featuring England. With hindisght it might have been better to have stayed at camp in our magical forrest a while longer! 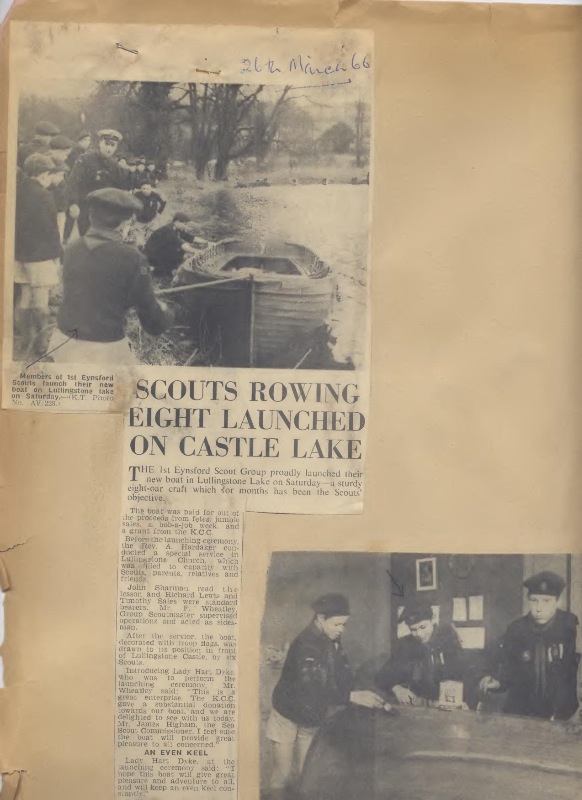 Enter your email address for the latest information from 1steandfscoutgroup.org.uk.

Tweets by EynsfordScouts
Accessibility | Sitemap | Privacy | Terms and conditions
Powered by Conceptulise CMS
The views expressed in this website are not necessarily those of the Scout Association.